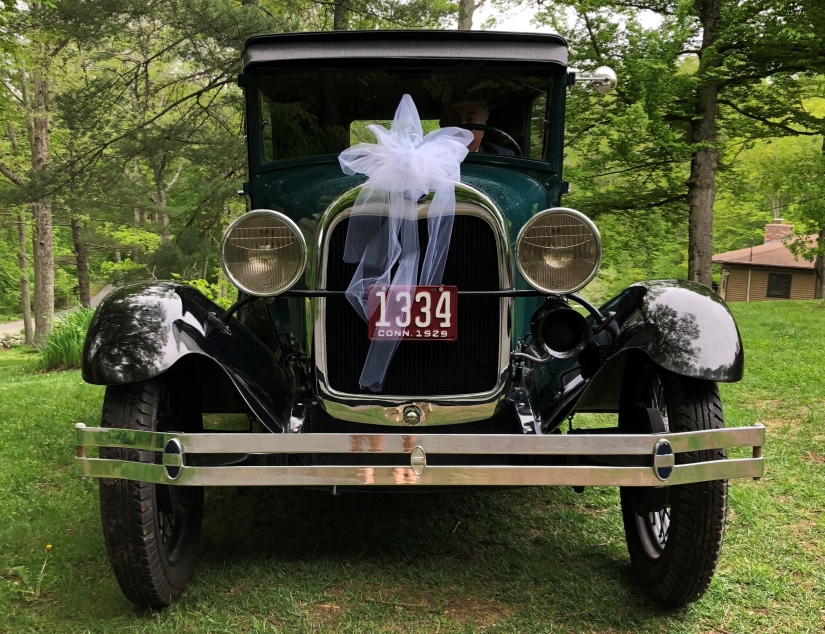 Meet our family’s wedding car. A tradition started 25 years ago exactly today.    This is a 1929 Model A Ford,  which cost about $500 new.  This particular car has a “manufactured on” date of April 16th, 1929, which sounds like an ordinary day, till you read further…..

But lets start at the beginning….my father purchased the car in 1960, when he was a young man of 18 years old.  His father was a small engine repair man and my father had followed his footsteps, but his love was for cars.  He purchased the car with the intent of restoring it.  In our family we get attached to our vehicles, and have a hard time parting with them.   But back to the wedding car……

My parents were married in the spring of 1966.  My great Grandmother Antonia, baked and decorated the wedding cake, and then realized there was no way to get it to my parents wedding reception.  My Dad thought of his Model A, which had a seat that lifted up leaving a nice area to fit the cake.  Little did it know, but it was becoming the wedding car that day.  I wish I had pics of the car and my parents but sadly I do not.

My Dad restored the car in the 1970’s and I can still remember nights spent in the garage wet sanding the fenders with my Dad.  I still love the smell of body filler!  While restoring it my Dad saw the date that the car was created, stamped on the gas tank.  April 16, 1929.  If you remember that was my parents wedding day, but in 1966.  Isn’t that something?

Then I met my future husband in 1985, got engaged in 1992, and started my wedding plans.  I decided to use it to arrive at my wedding on May 29th of 1993.  And this was the first of many trips to church for this pretty car. 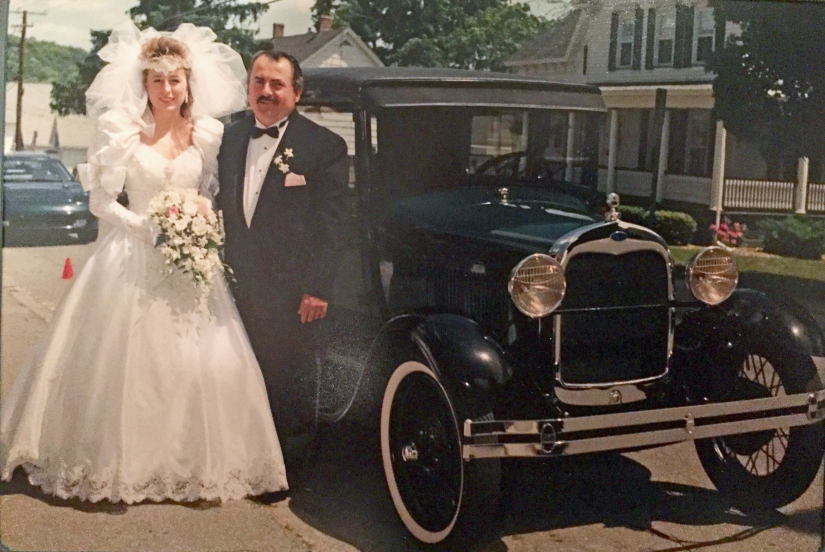 Then my brothers used it in their weddings…. Yes I am an only child, but I don’t think of myself as one…. its a long story, but I will paraphrase for you. When I was 5 years old, we had a family move in next door with 3 boys.  That family became my second family, the boys my brothers, and the parents, my second set.  It has not changed over the years, and never will.

Below is my brother Ricky’s wedding to his wife Sharon, in September of 1993.  Their daughter Katie, is the first of the second generation to use it, and to continue the tradition. 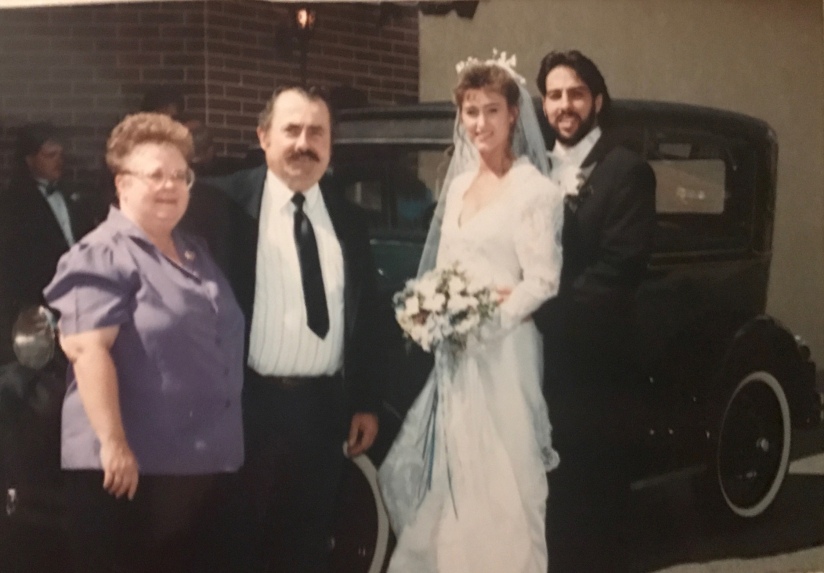 Below is my brother Rob, with his wife Kersti, in a beautiful photo taken by Guy Grube, at the Public House in Sturbridge, Mass.  Below that are more pics of my brothers, two Dads, and the car on their wedding day.

And onto the latest wedding…. Katie is the first one of the next generation to use the Model A.  Below is my niece Katie at her wedding  earlier this May. The father of the bride is holding the umbrella, and Mom is with her in the back.   (Photos below taken by Stephanie Gallow) 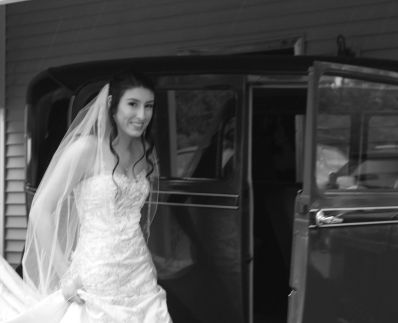 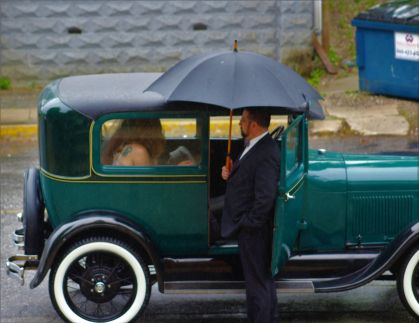 It is a wonderful thing to have a tradition like this…. and even more wonderful to see the next generation use it.  While at Katie’s wedding another couple came up and asked to have their photo taken with the car.  They had also used the car at their wedding over 25 years ago!

Recently one of my brothers mentioned that all the couples that had used the car are still happily married.  In fact, I am celebrating 25 years today, and my brothers are doing the same later this year, and next year!  So I am hoping and wishing that my niece has the same luck!

Published by Art and Musings by Marnie

I am an artist that loves to create and is inspired by almost everything I see. I also love to write... about anything and everything. View all posts by Art and Musings by Marnie

Looking for a particular blog?