Easily create a personalized gift for someone you love.

I celebrated my 25th Anniversary in May and had no idea what to get my hubby.  He is not easy to buy for, but is quite sentimental.  So I perused the internet got some ideas, and came up with a shadow box with photos and music lyrics.  He is a huge fan of music, so I thought of some of the songs played at our wedding, and his other favorites.  Now that I knew what I wanted to do, I just had to create it!

First thing to do was go shopping…..  You will need a shadow box and scrapbook papers. I chose scrapbook papers that were patterns that went well in my home, and were not too bright. Once home, I then looked at shadow box to see how many hearts would fit, and the size they should be.  I measured the shadow box, and made marks with chalk, where the hearts should go. 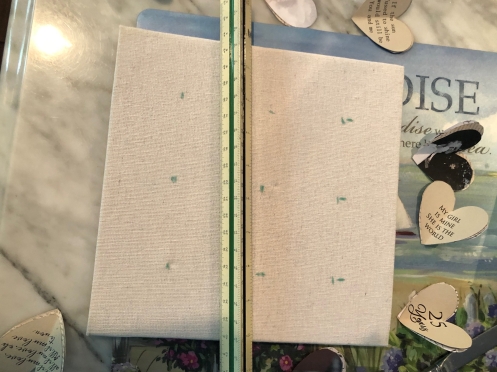 I then made a heart graphic in powerpoint, a size that would fit nicely within shadow box. I copied them throughout the file, and then printed them on the backside of the printed paper, so they would be easy to cut out.

Next I decided on what lyrics, and photos I should add.  I added a Doors song, “Blue Sunday” that my hubby loves, and some Led Zeppelin songs that we both love.  I added a few photos that I had edited in Photoshop, to a more muted tone, and printed it on one sheet of card stock.

Once all my hearts were printed, and cut out, I put them together in three’s varying patterns, and set them on the shadow box backing.

Once they were all in place, I folded them, so each one could be seen a bit.  Then I glued them to the backing, with a hot glue gun.  I then put the shadow box back together, and Voila! I had a personalized gift for my hubby that he loved! 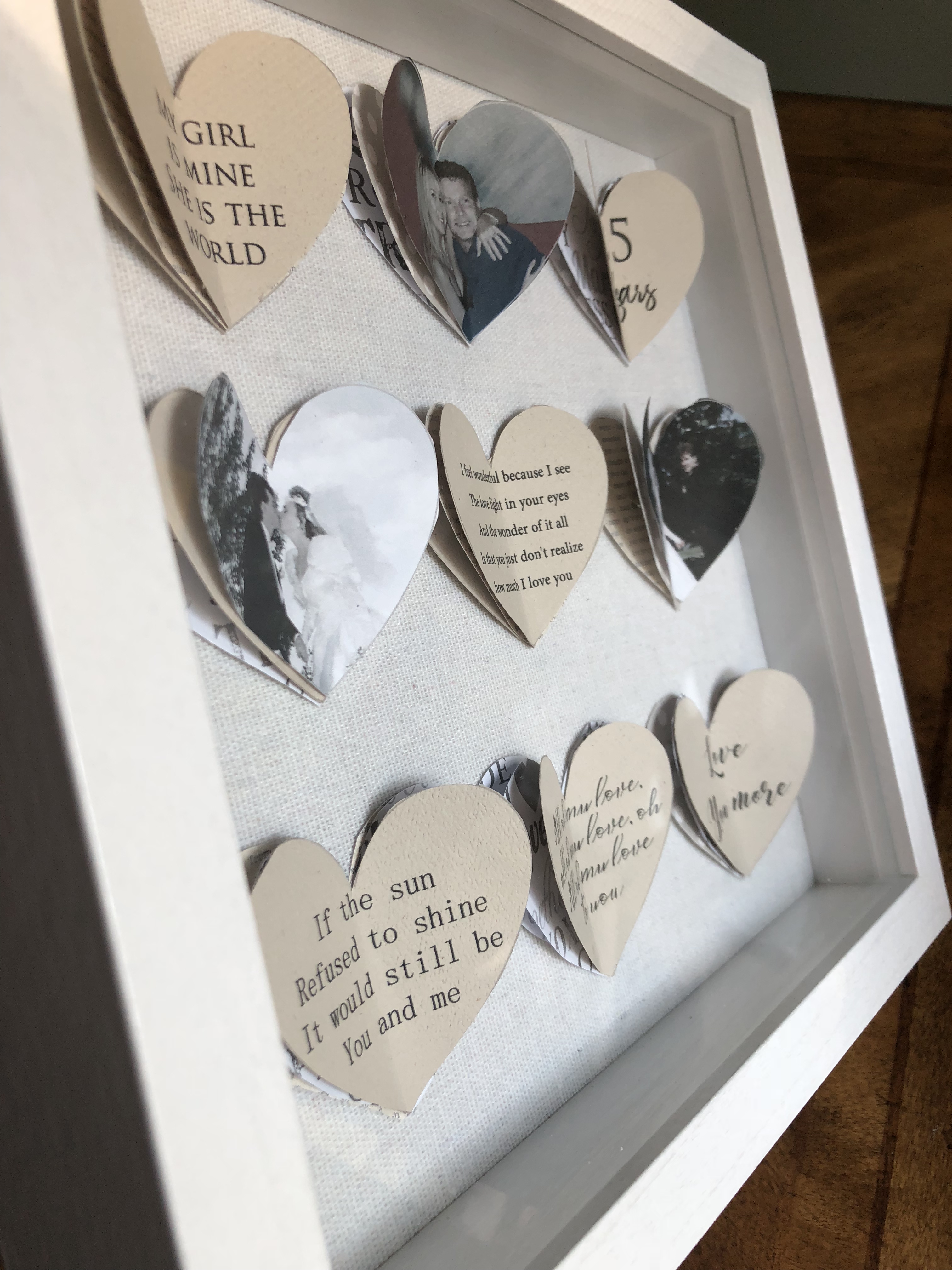